James Riley “Jack” Albritton, who turns 95 in 2022, has lived a life worth talking about. He served in the Air Corps at age 17 (yes, underage) to help clean up Pearl Harbor. He created a thriving mechanic business in the sleepy town of Sycamore. He was a role model to young teens in the community, active in local politics, a leader in his church, and has even survived prostate and bladder cancer. He lived and breathed his work but even retirement doesn’t slow him down. Just ask the neighbor who saw him cutting down a tree in his front yard a few years back by himself. The Turner County Project got to sit on the Albritton side porch on January 15, 2022, with Jack, his wife Patsy, and his daughter Rene Fortson to discuss his life and his legacy.

Turner County Project (TCP): Let’s start at the very beginning. Tell me when you were born.

J: My family moved from Taylor County to Upson County – Thomaston. That is where I entered the service from. Myself and my two brothers – all of us went into the service the same year. When I went in, my brother was in Germany and they sent me from Alabama to Hawaii.

R: He went to Hawaii because of Pearl Harbor. They went after to clean up.

J: I came home on the 28th day of December in 1946. I was in the Air Force. It was the Air Corps back then. After I came back from Hawaii, I got a job at Golden Machine Company in Columbus, Georgia. I was working there when a tornado came through in April 1953.

TCP: What was your first impression of Sycamore? Were you happy to move here? I know you had the Forshees here.

R: My mother’s family was from Rebecca – the Raileys. And that is how daddy got started in the service station. My granddaddy. The main reason we came was because of mama’s people in Rebecca. But we came to Sycamore because of a business purchase.

J: We moved to South Georgia – Sycamore – in November of 1953. R.A. McNair had a service station – an Amoco – and he was swapping it over to Gulf and I bought that station. I opened up on the 28th day of December in 1953.

R: The station is not there anymore but that is where Belflower’s [Belflower’s Equipment and Machine Works at 2329 US-41 South, Sycamore, GA 31790) is currently located on Bussey Rd. and 41.

J: I stayed in that store until sometime in the middle of 1957. Gulf came in and asked me that if they built a new station further down in Sycamore, would I take it? And I thought about it and finally told them yes. So in Sept 1958, I moved there into the new space. I ran it until 1970. I built a shop with the land I purchased from Mrs. Cortez Sconyers. I also built my home on some property that I bought from her.

S: Where was this one located?

R: You know where the cotton gin (Sconyers Gin & Warehouse Co. at 2173 US-41, Sycamore, GA 31790) is located in Sycamore? That first house by the cotton gin. There are three houses there and ours was the closest to that entrance.

R: He had a lot of farmers’ business. The farmers were really good to him.

J: The farmers – I couldn’t have made it without them. I sold my business to Danny Leggett. He worked for me for 18 years and I sold it to him. He had quit high school. He was working in Tifton at a mobile home plant. He was 17 years old and he came to me and asked if he could help clean up around the shop for me. I said yea, I think that will work. And he started coming in. He asked me one day if I cared if he learned how to do some things. He said, “Next time you have a brake job, let me do it.” Someone came in one day and they needed a brake job and I told Danny, “Come here, this one is yours.” And I walked off. Before we put it all back together, he had me come and look and see if everything was right. And when I checked, it was all good. So he worked for me for 17 years. He broke his arm one time and had three children and never lost but one ½ days’ work. He drove his wife to the hospital and told her to call him when the baby arrived. And somewhere along the line, after I got started, I knew I would need a towtruck. So I bought myself an old truck with a boom on it and everything from a guy in Ocilla. Fixed some things on it to make it safe. Anytime I called Danny when one of my customers was stranded, I would call him, and he never would say “Can it wait until daylight?” He said, “Yes sir, I’ll be right on.” Best guy I ever worked with in my life. I had some good help!

R: Yea, I was going to say daddy. When he had the service station down on the south end of Sycamore – the Gulf station – he always hired teenage boys. They were my age and my brother’s age 4 years older. He kept everybody employed.

TCP: It was probably nice to have a good example- someone to look up to.

R: He has one that is still living – Bill Christian – and he just adores daddy. He calls daddy all the time to this day. And my brother Jimmy always worked for him ever since he was what – 14?

J: It was before he was out of school.

R: We started to go to Sycamore Baptist in 1953 when we moved down here.

J: In 1956, I joined Sycamore Baptist Church. I got saved. I didn’t walk the walk I should have walked all the time but I thank the Lord he saved me and showed me. But I got involved in the church. I was ordained as a deacon in 1964. The pastor asked me to do it and I told him I didn’t think I could live up to it. And he said, and I won’t ever forget, “Live where you are now and think about making it better.” I always tried to do that. I sang in the choir for over 50 years. I was made Sunday School Superintendent and Treasurer for a few years. What I enjoyed the most was the House and Grounds Committee. I was on it with Billy Baggett and Larry Youngblood. We did a lot of projects. The church family was good to me all the time. I never got in a tight.

R: Daddy liked to build. They went to Alabama. He did a lot of mission work traveling all over the place.

J: Yes, after the hurricane in New Orleans, we went out to Louisiana to help. We also went to South Alabama, Moultrie, Americus, and Columbus. Yea we went up there and built someone a back porch. Stuff like that, I always enjoyed.

R: He was elected mayor [of Sycamore] when I was 10. I didn’t even know that.

R: That sounds about right. Because I was sitting in class [at Sycamore Elementary] and the teacher asked who the mayor is and I just sat there dumb as a log. We didn’t talk about it, I don’t guess. My best friend said, “Mr. Jack.”

J: They elected me mayor over an old-town boy… I served 2 terms which were 4 years. I thought that was enough. I waited a year or two and they put in for me to run for councilman. I was one for 4 years. So that was 8 years I served on the political ground. I thought that was enough for sure. I served with some good people. I bought the town’s first fire truck [as mayor of the city, not personally]. Sycamore was wide open back then.

R: It was bigger because we had a doctor. Down there where Denham’s is located. That used to be a strip of brick buildings. A grocery store, the doctor, and the post office. There was a little restaurant where I had my first hamburger.

J: I had gotten my hair cut Saturday night around 10.

J: The farmers would work until dark and that is when they would come to town. The businesses would stay open until when the farmers got done. Everything has changed since then.

R: He was also on the Welfare Board.

K: I was on the school board too. For Sycamore. D.C. Royal was the superintendent.

TCP: What did you do for fun? Where did you eat?

J: We would go to the Family Grill owned by the Gibbs Family.

TCP: Where was this?

R: It was where Pate’s Drycleaning [Superior Cleaners at 259 Johnson St. in Ashburn, GA 31714) is currently. That was a big thing that was sort of a treat. We didn’t go out during the week. That was a maybe Friday or Saturday night special thing. Get a Gibbs burger – that was what they called it – and a milkshake. They served burgers that were the size of plates.

R: It was even there when I graduated high school in 1969. You would pull up there and walked up to the window and order. They didn’t have a drive-through. You sat there and ate. When I was a teenager on a date and I looked over and there was daddy. It was midnight. I don’t know why I was still up there. 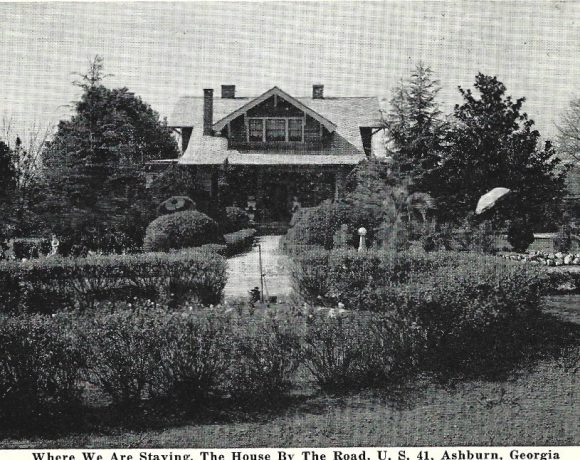 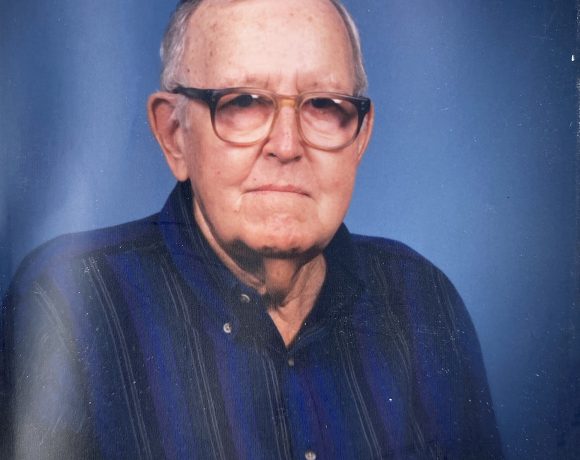 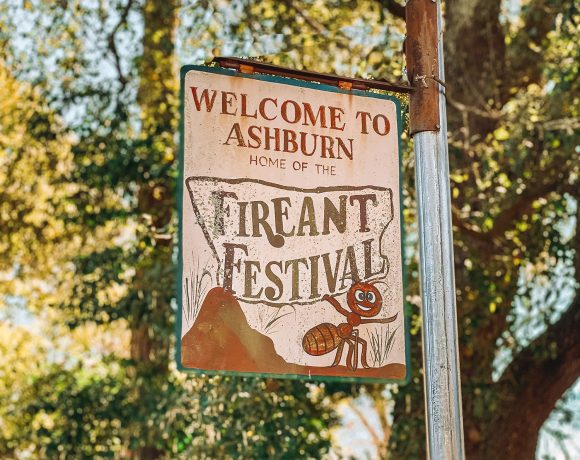 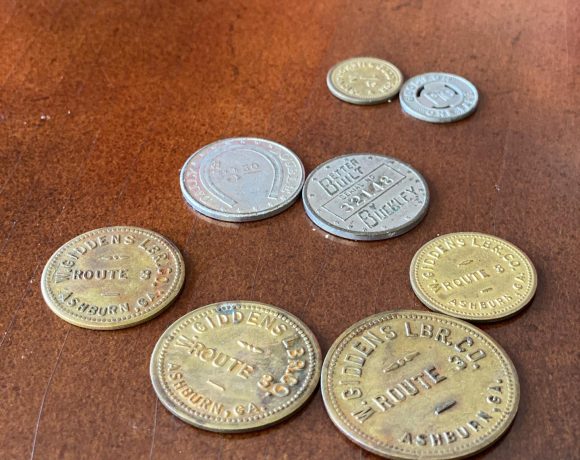